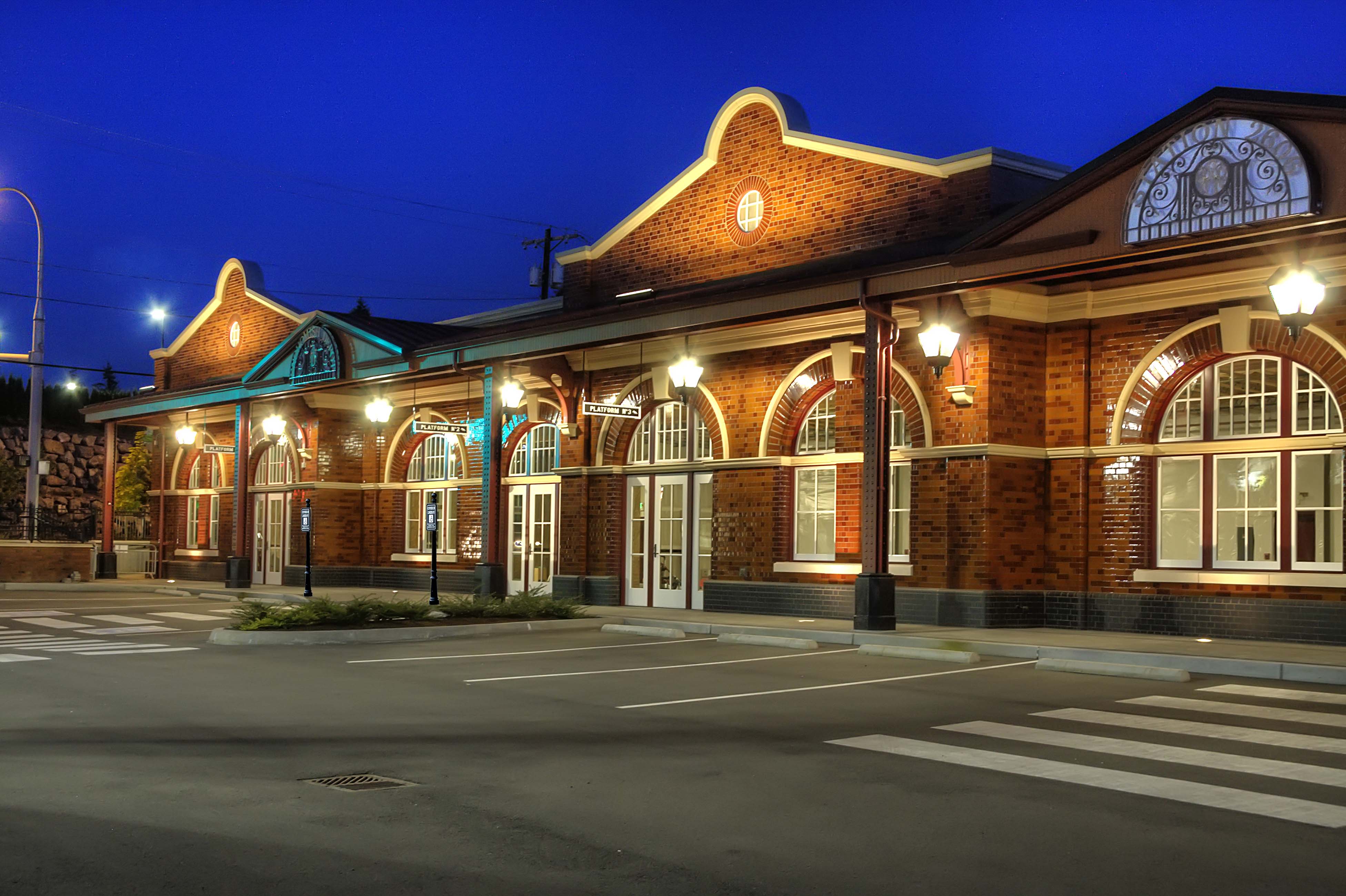 The Snohomish Depot is a 9,660 square foot professional space with a unique architectural design which replicates a 19th Century English Train Depot. The site is surrounded by decorative functional masonry walls with stone caps and protective wrought iron fence with a walkway to exceptional landscaped grounds. Some of the decorative features (e.g. the red phone booth and outdoor lights) are actual pieces that the owners either brought over from the United Kingdom or refabricated to match. This project also received the Honor Award for the best new brick commercial building in Washington State and has never been occupied until now. Read on for a look at how the sale came together:

The Snohomish Depot was inspired by turn of the century train station architecture from the United Kingdom. Elements of that era were recreated with emphasis on the features and materials of that time. The owners of the property wanted the building to stand out in the Northend Snohomish market.

The extraordinary brick exterior of the Snohomish Depot consists of replicated ‘Salt Glazed’ brick as used in the early days of the 20th century throughout the United Kingdom. This brick can be recognized by the wide transparent color range from a buff to an orange-brown color. The original manufacturing process however necessitated the use of salt during the firing process which unfortunately produced large amounts of toxic hydrogen chloride. Therefore a new custom glazing process had to be developed specifically for this project to achieve the look and feel of the original glaze of that era. In addition, over 30 unique custom shapes were required to meet the goals envisioned for this rare project.

Jeff Tillman was introduced to the Seller, Snohomish Depot  LLC, as a referral from another client in 2014. The never occupied space was originally listed for lease in 2015, since the property was so unique the owners were very particular about the type of tenant who occupied this space. Ultimately, the owners made the decision that the space would work better for an owner/user and wanted to list it for sale.

Before it went on the market for sale, the property required a Boundary Line Adjustment (BLA). A BLA is the process for adjusting property lines between legally created lots. Once the BLA was approved by the City of Snohomish the property was put on to the market and it was under contract to be sold within 45 days. Our company received numerous phone calls about the property, the level of interest was sky high to purchase. The attention to detail on this Trophy Property is what attracted multiple buyers.

The buyer, Station 19, LLC, is going to open a state of the art dental surgery center. The building will also house other dental disciplines. The interior needs to be remodeled to meet medical standards, but the exterior will remain untouched preserving this one-of-kind property.

Snohomish Depot represents what is going to happen in the Northend market. This building was ahead of its time for commercial real estate. It fits the culture of that area and has created a statement for what is to come in Snohomish.